Edit
watch 01:36
We're Getting Mutants in the MCU - The Loop
Do you like this video?
Play Sound

In ABZÛ you play as the Diver. The Diver is one of the main characters of the lore of ABZÛ.

Not much is know about the Diver except for the fact that they were created by the same species that created the Harvester and has a red core much like the mines or drones. This red core allows the Diver to channel the "power of the ocean" much like the Great Harvester. It is also said that the Diver may have/had the ability to control the Great Harvester. And the Diver is an Rythulian like the Traveler in the 2012 Ps3 and Ps4 game Journey, and it is possible that Journey and ABZÛ are possibly connected. 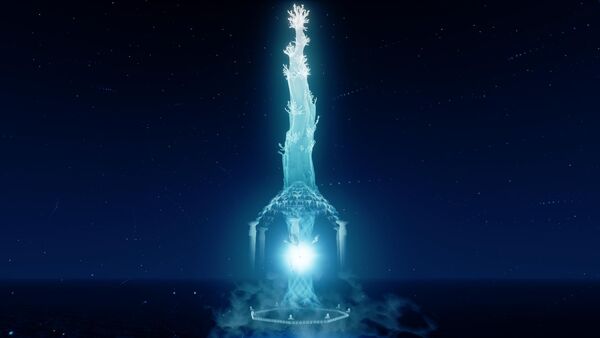 The Diver has the power to use the blue energy or "power of the ocean" to restore life to certain parts of the ocean where the ecosystem has subsided. In order to do this, the Diver uses the portal-like pedestals in the abandoned areas. When using the life pool the Diver enters a sort of alternate world and is able to activate one of four pedestals in order to begin the life restoration process. The Diver's other abilities include the following:

(the small pulse that emanates from the Diver(Square on PS4))